I first heard Hubert Selby play during the opening concert of Alan Hickling’s 2/9 Wurlitzer at Dormston House, in 1957. He followed Gerald Shaw — not an enviable task — and yet, his distinctive and melodious style appealed to me greatly. I had no idea that, some years later, Hubert would be working with me at Hammond Organ (UK) Ltd — where he took to promotional work like the proverbial duck takes to water.

For reasons unknown, I never heard the original Amberlee LP released in 1976 or the subsequent cassette issued by Audicord in 1987. I am therefore grateful to Ian King at MSS Studios for making this available as a CD. Ian advised me that the transfer is not ‘enhanced’ and on my home equipment it sounds fine.

Hubert always enjoyed the Maclean designed 4/16 Wurlitzer at Kilburn and this recording captures his enthusiasm at that instrument. He starts with his signature tune ‘I’ll See You in My Dreams’ followed by ‘The Shadow of Your Smile’ Hubert was influenced by Jesse Crawford and this is apparent in several tracks including “You’re the Cream in my Coffee’ and ‘Ting-a-ling’.

Although titled ‘Mr President Entertains’, the content is set in a romantic mood with items such as ‘Because You’re Mine’, ‘Be My Love’ and ‘I’ll Always Be in Love With You.’ The Kilburn Tibias are featured in ‘Here’s That Rainy Day’ and it is interesting to hear Hubert’s use of tremulated English Horn on several tracks. Whilst this is sometimes frowned upon in modern theatre organ circles, organists such as Hubert and Jackie Brown often used this to good effect.

Hubert’s other musical influence was, of course, Harold Ramsay — whose composition ‘Her Name is Mary’ is played with feeling and includes the verse.

The original recording concludes with a humorous arrangement of ‘If You Knew Susie, featuring a cheeky 8’ pedal reed. I say the ‘original’ recording (Running Time 45’30”) because the CD includes some additional items (Running Time 19’05”) recorded during the same session but not included on the original LP. These include talk-back between the producer and Hubert, a false start to ‘Misty’ and a rehearsal of ‘If You Knew Susie’ — all very atmospheric, if you like that sort of thing.

However, among the additional items, I greatly enjoyed ‘Beautiful Dreamer’ — a fascinating example of Crawford/Ramsay phrasing which so typifies Hubert’s playing style. ‘Somewhere a Voice is Calling’ is played with feeling and lush Tibias.

In conclusion, this is what I would describe as quality mainstream organ playing in a style we don’t hear so much of today.

The original sleeve notes written by Tony Moss are also reproduced and include a summary of Hubert’s career and the history of the Gaumont State.

Hubert and Tony were, of course, the ‘founding fathers’ of the COS and I know they would both be pleased to see how the society has evolved. From a personal standpoint, I miss them both.

This CD has provided an enjoyable trip down Memory Lane and the way things were.

A full list of titles, details for obtaining a download version and a chance to order the CD (price £8.95 plus £1.50 P&P) may be obtained online at ORGANS.uk or from MSS Studios, Cae Deintur, Dolgellau. LL40 2YS (UK).

Reproduced with permission from the COS Journal. cinema-organs.org.uk 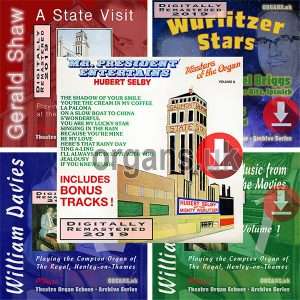 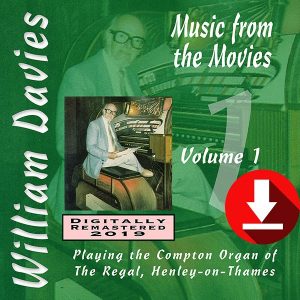 Get the Last FIVE Theatre Organ Album Downloads for Just £24.95! 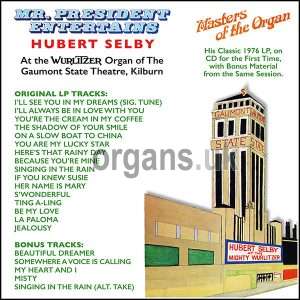 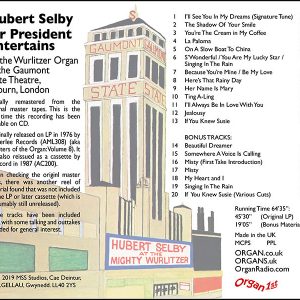 2019 CD release of his 1976 Amberlee LP at the Wurlitzer of The Gaumont State Theatre, Kilburn, Contains nineteen-minutes of bonus material.