We’ve stocked around twenty-five CDs and DVDs from top Dutch organist DirkJan Ranzijn since we started in 1996, in fact his previous release, “What A Feeling – 30 Years on Stage” gave a subtle clue to how long he’s been performing. That CD was released on the Böhm Excellence Amadeus 300 Maxima organ (with the CD before that, “Feel” on the same model minus the “Amadeus” upgrade). This new release is recorded on a brand new Böhm model, the Sinfonia 480 DJR Edition. So new, I can’t even see details on any website (what’s the point of the Internet?!)

This is another lovely CD from Dirk with his usual eclectic mix of tunes, some you know and others which don’t appear on any other keyboard release. I’m not sure whether that’s down to his quest to include the unusual, or perhaps he has a more European ear (well, two ears obviously).

The CD kicks off with a slight up-tempo version of Andrew Lloyd Webber’s “Amigos Para Siempre” with a Herb Alpert style trumpet and flute leads. After that we go straight into four of the lesser known tracks on the CD, starting with a lovely self-penned piano and orchestral composition called “Lugano” (which turns out to be a town in Switzerland). Next is a swingy and brassy number called “Fine Brown Frame” first released by Buddy Johnson and His Orchestra in the 1940s. This has a bass line reminiscent of “My Baby Just Cares for Me.” “Can I Be With You?” is another pretty piano piece with orchestra (and a solo opera diva floating around in the ether), this is a 2009 song from Dutch singer Claudia de Breij. A great up-tempo track “Moon Over Paris” by Raul Di Blasio follows, this shows off one of those thumping Euro-trance rhythms which seem to be popular in mainland Europe. This also gives a chance to hear some more of the instruments on the Böhm with steel drums, accordion and some latin percussion.

After that run of, albeit enjoyable, lesser-known tracks, we have a few of the ‘big-hitters’ including the next one which I saw high in a recent poll of ‘earworms’ (songs that get stuck in your head). The track is “Let It Go” from Walt Disney’s “Frozen”. Even if you haven’t seen the movie (and I haven’t), you’ve probably had this song stuck in your head for the past few years (and I have), so just when you’ve got rid of it, it’s back again (kind of like Nigel Farage!). Here we have a lovely arrangement which will make you feel even colder this Christmas (it even has cold wind whistling through the orchestral backing). We have yet another Disney standard next with a brass/marimba reggae version of Elton John and Tim Rice’s “Hakuna Matata” from “The Lion King”.

One for all you Julio Iglesias fans next with “Poor Un Poco De Tu Amor” (which translates as “For a Little of Your Love”). The next track can truly be described as unforgettable as it’s Nat ‘King’ Cole’s “Unforgettable” with a suitably laid-back lounge-style arrangement complete with brushes on the drums and the first appearance of an organ sound on the CD. However, we get a full-on organ blast next with a rocking version of the Beatles “A Hard Day’s Night”.

“Another Cha Cha” is a great disco track from the group ‘Santa Esmeralda’ (no, me neither). This is an interesting latin-disco tune with pan pipes amongst the lead sounds (for all you people who yearn for all those classic disco pan pipe songs of the 1970s).

A reggae-organ version of the classic Drifters track “Save The Last Dance for Me” now which again features the organ sounds of the Böhm. A lovely version of the over-the-top and soppy Albert Hammond and John Bettis song, “When You Tell Me That You Love Me” follows that. It was made famous by Diana Ross, but Dirk’s version has been slightly de-soppyrised with Ross’ vocal being swapped for a flute (with orchestral strings and acoustic guitar backing), but it does still have the OTT feel of the original.

The final track is listed as a ‘bonus’ as it’s only on the CD version and not on the download. It’s a good one too, being “The Man With The Harmonica” from “Once Upon a Time in the West”. I’ll leave you to guess what the opening lead instrument is, but it soon builds (and builds) to a pretty epic finale. Even the wind sound effect makes a comeback (although probably a warmer wind this time around). This is a powerful piece with orchestral drums and crash cymbals adding to the atmosphere. It’s worth mentioning that the CD says this track is taken from his ‘2016 live concert DVD’, but that won’t be available until March 2017.

As I said, Dirk has a habit of selecting quite a few lesser-known tracks on his CDs, but having said that, this one does have a good deal of tunes you will know. The new Böhm Sinfonia (480 DJR Edition) does sound great in Dirk’s hands (and feet).

FULL TRACKS: Amigos Para Siempre • Lugano • Fine Brown Frame • Mag ik dan bij Jou? (Can I Be With You?) • Moon Over Paris (Luna de Paris) • Let It Go (from “Frozen”) • Hakuna Matata (from “The Lion King”) • Poor Un Poco De Tu Amor (For a Little of Your Love) • Unforgettable • A Hard Day’s Night • The Gift • Another Cha Cha • Save The Last Dance For Me • When You Tell Me That You Love Me • The Man With The Harmonica (From “Once Upon a Time in the West”). 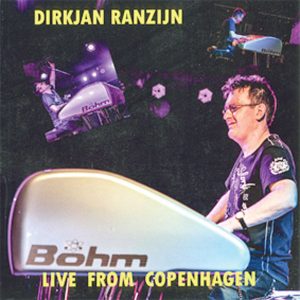 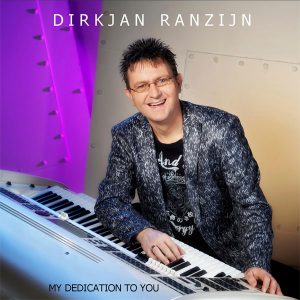 DirkJan Ranzijn – My Dedication To You