2016 compilation celebrating fifty years of live music. Recordings start from 1970 at the EMI, Plymouth. Also featured are recordings on the Lowrey Liberty, The Blackpool Tower Wurlitzer, Hammond A100 and Wersi’s Spectra & Scala. 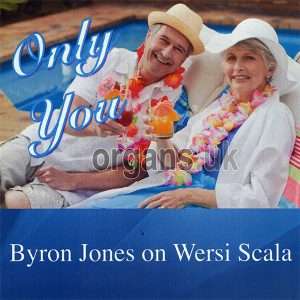 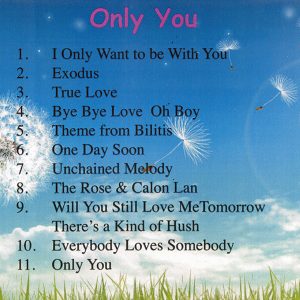 September 2018 release at the Wersi Scala. 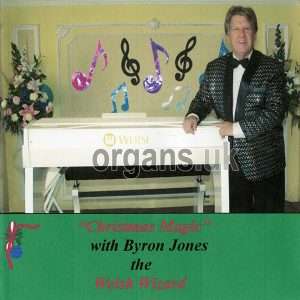 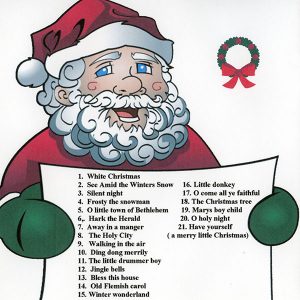 November 2017 release of festive tunes at the Wersi Scala. 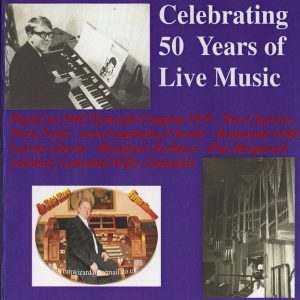 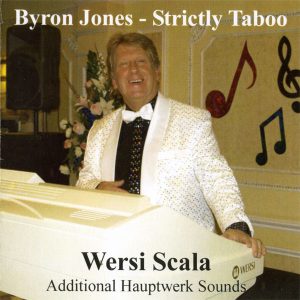 2014 release at the Wersi Scala, with the Hauptwerk Virtual Organ on some tracks. 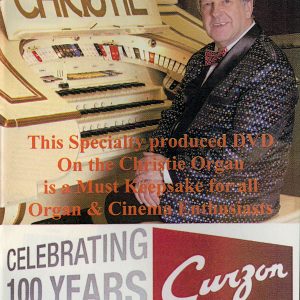 The inaugural concert of the Christie theatre organ at the Curzon Cinema, Clevedon (UK) 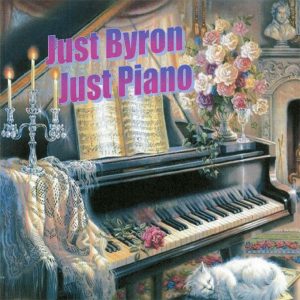 2012 release and his first ever piano recording (playing a Kawai electronic). 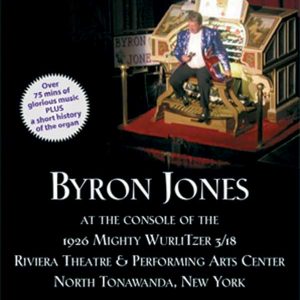 At the console of the 1926 3m18r Wurlitzer at the Riviera Theatre, North Tonawanda, New York. 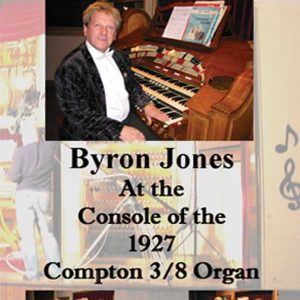 Byron Jones – My Thanks To You (DVD)

At the console of the 1927 Compton at Eden Grove Methodist Town Hall, Filton, Bristol.

Here’s another CD that’s ‘Made In Wales’ and this time by a Wizard! After stocking all of Byron’s CDs (twenty-two I think), this is a bit of a departure as it’s his first compilation and is released to celebrate his fifty years of live music making.

While the organ is specified for each track, the album they’re from or the years aren’t, which is a shame. The earliest tracks are the first four theatre organ ones which are dated and were recorded at the EMI Plymouth Compton in 1970, then we jump to the new Wersi Scala for tracks five and six before going back to a Wersi Spectra for the next three. Other instruments include five on the Lowrey Liberty (tracks 13-17), “The Grand March from Aida” on the Hauptwerk/Salisbury Cathedral Willis software, “To a Wild Rose” on the Astra Christie and “Ebb Tide” on the Hammond A100. The final medley is at the Blackpool Tower Wurlitzer. That makes around 14/6 split in favour of electronic to theatre.

Highlights include, the seven and a half minute “Showboat Medley” played on the Compton, the lovely Vangelis composition “Hymne” on the Scala, the only classical piece on the CD “The Grand March from Aida“ on Hauptwerk, “Sleepy Time Girl” making use of the drawbar sounds of the Lowrey, “Ebb Tide” the only Hammond track and the final medley at the Tower.

I would have liked the CD to be laid out with all the models together and run in chronological order, but I think Byron chose to do them on a tune-by-tune basis. Fifty years is a big milestone so more biographical notes and a list of the albums the tracks were taken from wouldn’t have gone amiss either. Apart from those little niggles, this is an enjoyable CD with a variety of sounds and styles which showcases Byron’s career nicely.

FULL TRACKS: The World is Waiting for the Sunrise • Jealousy • Showboat Medley • If • If I Only Had Time • Hymne • One Moment in Time • 1492: Conquest in Paradise • September in the Rain • To a Wild Rose • Grand March from Aida • What Now My Love • Satin Doll • Sleepy Time Girl • Amazing Grace • You Light Up My Life • Amen / Michael Row the Boat Ashore / What a Friend We Have in Jesus / Sing Hosanna (Give Me Oil in My Lamp Keep Me Burning) • Ebb Tide • Happy Days Are Here Again / Zip—a-Dee-Doo-Dah • Sing As We Go / Wish Me Luck As You Wave Me Goodbye • The Lambeth Walk / We’ll Keep A Welcome / You’ll Never Walk Alone / The Best of Times Is Now.